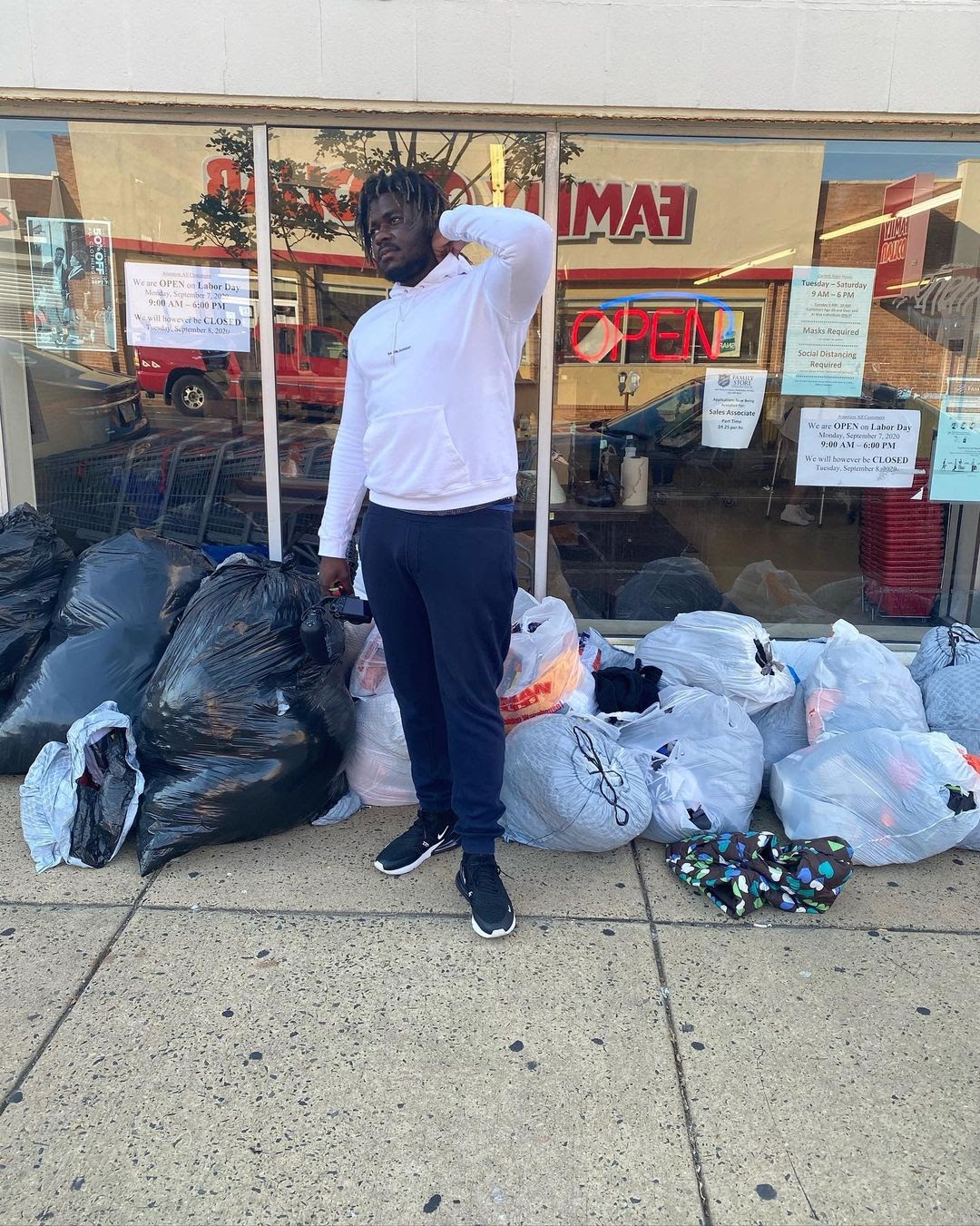 Sircaliburx Makes Philanthropy a Key Part of His Career

Sircaliburx is known online for being an internet comedian and rapper, who’s building a fanbase on platforms like Instagram while expressing his creativity. In Philadelphia, he’s known as a person who constantly gives back to his community, helping to make the city a better place and help those in need. Over the past year, he’s put clothes on people’s backs and food on people’s plates and he hopes his work can inspire others to do similar things in their communities.

In September of last year, Sircaliburx collected clothes to give away to the needy. In just one week a thousand articles of clothing were donated in total, which were then given out. “I have saying I believe in, wealth is of the heart and mind, not the pocket,” Sircaliburx says. “I feel wealthy when I’m giving out clothes, food, whatever the people say they need, I feel good when I’m helping.”

For Thanksgiving of last year, Sircaliburx saw a need for turkeys among some local Philadelphian. To fill that need, he gave away 100 turkeys so that families and people in need could have the signature dish at their dinner tables for the holiday. “Every artist wants to blow up and then go back to where they’re from and give back, I want to always be doing that. It’s like I’m here now already with a way to help out, so why not do it.”

In 2019, the City of Philadelphia Office of Homeless Services reported that the city has the lowest number of street homeless people per capita of any of the largest cities in the US. In total, about 5,700 Philadelphians are considered to be homeless across the city, which includes about 950 who are unsheltered. The city does a lot of things to try and combat the issue of homelessness, but Sircaliburx wants people to know that there’s still things that people need.

“The food I give out, it goes away so fast, same with the clothes,” he says. “These people need all that and more and I think people need to be more aware of the homeless people in their areas. I’ve been getting more aware of what it’s like and Philly and I feel like I’ve been able to help out a lot.”

The Opioid crisis has caused a lot of people to become homeless in Philadelphia in recent years. Homelessness in the downtown Center City area is also more visible now due to construction and fewer public spaces for people to live. These kinds of conditions apply not only to Philadelphia, but to many other metro areas across the country.

Pizza for the People

On May 15th of this year, Sircaliburx gave away 100 Little Caesars pizzas to homeless people in Los Angeles, during an event that he called SirCalibur Day. Those pizzas were given out quickly as word of mouth spread about what was being given away.

“I know it’s not just here, this is an American problem as a whole,” Sircaliburx says. “I want people to see what I’m doing and help me out or do it themselves. It’s not hard and it doesn’t take a lot, but it goes a long way.”

Sircaliburx has no plans of stopping his donations and philanthropic efforts. He only sees things getting bigger from here and wants to expand his efforts, while also continuing things like the clothes and turkey giveaways. In the future, he also hopes to be able to connect with people who are doing similar things for the homeless and less fortunate in their communities. “Every city needs somebody doing things like this,” he says. “A lot of these people need somebody to look out for them and I just try and play my part where I’m at.”